Firearm Suppressors: What Should We Know?

Audiologists have two primary responsibilities: helping people who have some form of hearing loss and working to prevent hearing loss when possible. Let’s focus on the latter obligation. In an industrial workplace exceeding permissible noise exposure limits, both the Occupational Safety and Health Administration (OSHA) and the National Institute for Occupational Safety and Health (NIOSH) recommend implementing engineering controls prior to utilizing personal hearing protection devices (HPDs). This is a logical and well-accepted step in hearing conservation programs around the country; however, this is not a common approach for individuals who use firearms.

Firearms are dangerously loud. While shooting ranges in America commonly require hearing and eye protection while on site, there are no enforced standards of HPDs based on firearm usage. The shooter must take steps to protect his/her own ears from impulse noise damage. Sound pressure levels (SPLs) from rifles and shotguns are often louder than those from pistols, but it’s very rare that any firearm could be considered “hearing safe” with no form of HPD. We know this. Most of our patients know this. So why is it that we continue to see countless patients with hearing loss due to detrimental exposure to firearm noise? Estimates of the current number of firearms in the United States range from 300-600 million1, and a Pew Research Center report2 found 72% of Americans have fired a gun at least once in their lifetime. As an audiologist in America, it is not a matter of if you will see a patient affected by firearm noise, but when that patient walks through your door.

A suppressor is a device that reduces the acoustic signature of a firearm by any degree. The film industry has perpetuated many myths around “silencers,” most egregiously the myth that they make all firearms worthy to be utilized by James Bond. Spoiler alert: they do not.

When a gun fires a bullet, the rapidly expanding gas propels the bullet out of the barrel faster than the sound barrier. When the bullet contacts the stationary air outside of the gun barrel, the impact makes a loud “crack” or “pop” sound– what we know and recognize as the gunshot. Three factors that contribute to the acoustic signature of a firearm include the type of ammunition (i.e. caliber and weight), barrel length, and muzzle brake (i.e. what’s on the end of the barrel)3. A suppressor attached to the muzzle of a firearm works to slow the rapidly expanding gas and convert this energy to heat. While this certainly helps to lower the overall impulse SPL, there are currently no suppressors able to bring this to a hearing-safe level for all firearms. Military and law enforcement personnel may utilize suppressors in the line of duty because traditional HPDs reduce their situational awareness, posing an immediate danger to life. In these limited situations a suppressor is certainly preferable to nothing at all; however, for all other situations a suppressor should be combined with traditional HPDs to adequately protect the shooter.

It is also important to note that no government regulations exist for sound level measurement, labeling, or advertising in regards to firearm suppressor sales. Consequently, many manufacturers use the decibel weighting scale (e.g. dB-A) and measurement site (e.g. not at the shooter’s ear level) that provide them with the highest numerical decibel value for attenuation. Typically, this is what is used to market their product. The military has one published standard for measuring suppressor SPL. Per MIL-STD 1474E, any measurement must be recorded at the shooter’s ear level and at a height of 1.6 meters.4

At the end of the day, audiologists should recognize that a suppressor can be a reasonable engineering control for mitigating firearm noise exposure. However, it is not sufficient to stand alone as a HPD. Audiologists have a duty to be aware of some of the myths surrounding suppressor effectiveness and to be prepared to counsel patients who are exposed to firearm noise. We are called not only to diagnose and treat hearing loss, but also to prevent it when possible through education and counseling.

Alex is a fourth-year AuD student at the University of Texas at Dallas completing his externship at the Advanced Hearing Center of Sugar Land, Texas. Prior to beginning his AuD he received a BA in Music Performance with a minor in Biological Sciences from the University of Alabama. Alex serves on the SAA Board of Directors, as a student liaison to the Texas Academy of Audiology board, and has served as an SAA Ambassador for Texas. He is a lifelong firearms user and musician, and is passionate about making hearing conservation part of daily audiology clinical practice.

When I was in graduate school earning my AuD, the hearing conservation area was not discussed much. With only one class on the topic of hearing conservation, the concept of preventing hearing loss and hearing disorders was all but lost amidst lectures focused on hearing aids, cochlear implants, vestibular testing, and other methods we, as… 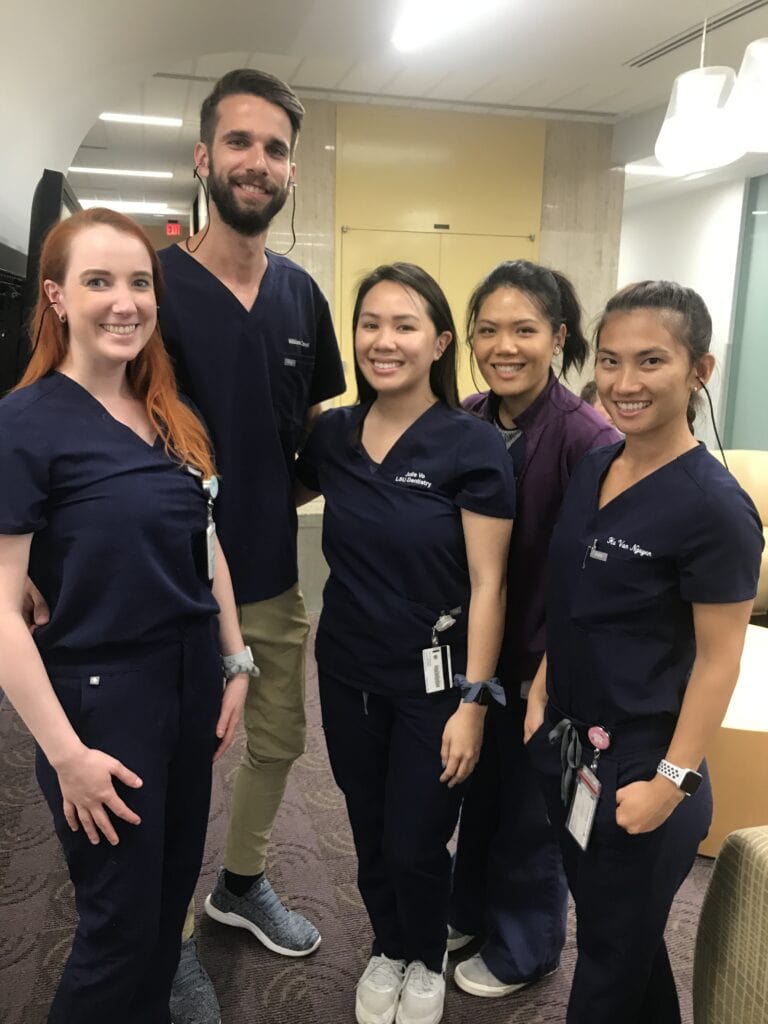 How often do we consider a medical professional to be at risk for occupational hearing loss? Research shows dental professionals are exposed to noise levels as high as 102 dBA, a loudness level far higher than the Occupational Safety and Health Administration (OSHA) sets as their permissible exposure limit (PEL) (Myers et al., 2016). So…

AuD students at the University of Pittsburgh manage a hearing conservation program through interprofessional collaboration between faculty and Student Health Service (SHS) staff. University students are at risk for developing noise-induced hearing loss and are good candidates for education in healthy hearing practices. Services for university students allow for increased clinical educational opportunities for AuD…